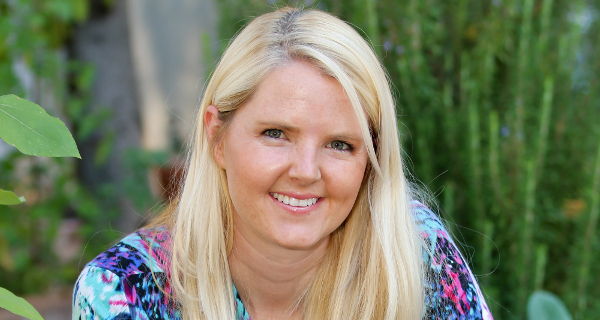 South African Claire Reid is no stranger to accolades in entrepreneurship and innovation – and has most recently won the title of Agripreneur of the Year at the global competition, Future Agro Challenge. She is the inventor of a biodegradable seed tape which takes the hassle out of growing domestic vegetable and herb gardens. Her company, Reel Gardening, uses this innovation to produce its garden-in-a-box products, which targets consumers who want to quickly, affordably and simply produce their own food. Today it is stocked by the South African grocer, Food Lover’s Market.

Reid’s invention was born from her school science project in 2002 – when she was just 16 years old. Her father had told her that if she grew her own vegetables, he would buy them from her and so she set out to create her own vegetable patch. However, she soon discovered that the task was more complicated and time-consuming than she had originally thought. For starters, determining the depth each seed needed to be planted, as well as the space required between each seed for it to grow (which is different for every plant), was tedious. And after finally managing to plant the seeds correctly, she was frustrated to discover that they simply floated to the top of the soil after the first water.

“I felt overwhelmed and like I couldn’t do this myself.” Reid found that she wasn’t the only one who struggled; her family’s domestic worker had faced similar challenges. She told Reid how she had tried to cultivate a small garden on a plot of land she owned. Her first frustration was with having to buy an entire packet of seeds for each vegetable plant, when she only needed a few. Then, unable to read, she guessed how deep to bury each seed. And when sprouts emerged, she spent time and scarce water (which she had to fetch from a municipal source) nurturing them – only to realise weeks later that they were weeds.

“She never wanted to attempt to grow her own vegetables again and said the entire thing was a waste of time and money,” recalled Reid. “At that point I was still sitting on day one of this exercise but was already feeling extremely frustrated. I felt like I had already failed. I had a much better education at that stage than [she] had ever had, and I had municipal water… But I still knew that I wasn’t going to be able to plant these seeds correctly.”

Reid decided to create a way that the seeds could be suspended and held within the soil in a biodegradable casing. Her initial solution which formed her school science project was using newspaper, flour and water to create a seed casing that also contained fertiliser. A tag was attached to each seed casing, which stuck out above the earth so that someone could easily identify the type of plant and direct limited water at the correct spot. She also used the tag to help gardeners plant seeds at the correct depth by indicating what part of the tag needs to be buried in the ground.

From school project to sustainable business

Reid studied architecture, and in 2008, after graduation, started designing sustainable housing for the mining industry. It was here that she revisited the idea of simplified vegetable gardens and pitched her garden-in-a-box idea to Anglo American. The miner decided to provide her with a short-term loan to pursue her idea and, in 2010, Reid start Reel Gardening. Today her company offers a variety of vegetable and herb garden growing kits. Reid’s seed tape (which evolved from her paper mache-like solution in high school) makes planting simple as all gardeners have to do is bury the tape until just the coloured strip is visible above the ground. The colours and pictures on the strip make plants easily identifiable and each garden-in-a-box also comes with specific “companion plants”, which are used to repel harmful insects and aid beneficial ecosystems.

“Our market is very much the urban farmer… the household that wants to plant out a couple of square metres in their back garden and they want to do it in a way that is cost effective and saves them water, time, and increases their chances of success,” said Reid. “We enable people who don’t consider themselves gardeners or don’t have a passion for gardening… to be successful in growing their own food in a way that encourages them to continue.”

Furthermore, the company has launched its ‘Planting Revolution’ app which users can download when they purchase their garden-in-a-box. After selecting which vegetables or herbs they have planted, the app will send daily push notifications with instructions and explanatory videos (such as when and how to support the tomato plant with a trellis). Reel Gardening has also partnered with Virgin Mobile to provide SIM cards with each garden-in-a-box. When the SIM is used with the app, consumers can earn points for completing each task – and this can be converted into mobile data.

“So for those who need to look after a garden but don’t have data for the app, or for school kids that don’t want to use data to look after a garden, we have made it so that they can actually get more data than they need [to use] the app… They actually get free data… making it more of a game for kids.” Product variations include herb, salad and vegetable “gardens” for windowsills (catering to those living in flats); gardens for different seasons; and even those targeted specifically at children.

In addition to supplying Food Lover’s Market, Reid’s products can be bought via its own online platform, as well as other e-commerce sites such as Takealot and Yuppiechef. Reel Gardening has found a large market in corporate gifts, where products can be branded to a company’s specification and be given to employees or handed out at events. It has also recently partnered with the Girl Scouts organisation to sell the products in the US nationally. For every product sold, one gets donated to a community in need.

But Reid admits that it took awhile for Reel Gardening to find its feet and she had to learn a few entrepreneurial lessons along away. For example, the company started stocking Pick n Pay and Builders Warehouse (two leading retailers) in its early days before it was ready. “We basically went into over 200 stores at once and I invested a lot of money in stands. But I did not understand the need for partnerships in that space, the buy-in of the retailer, nor did I understand the competitive nature of the retail market and the need for merchandising, distribution and marketing. I went in very naively and thought that if we just got the product onto the shelf that was the job done. I didn’t realise that was where the job began and I failed monumentally,” she added.

“I nearly lost the business. We owed Pick n Pay and Builders Warehouse a lot of money… It really was a very dark time. We scaled back and had to retrench staff members.” Despite this, Reid did manage to form some vital partnerships during this time that opened up new opportunities for the company which helped the business recover. Reel Gardening also hoped to target poverty-stricken communities in other African countries by providing the product on loan and only requesting payback once the plants could be harvested and potentially sold. However, this model proved unsustainable.

“It created an NGO environment in our office – which is not sustainable… For us to be a social enterprise it means we have to make profit,” Reid explained. “We obviously want to have a good impact – that is what makes our hearts tick. But we realised we need to make profit [to do this]. So we went back to the drawing board last year, relooked at our business model, and realised we have to sell our product in a middle to upper-income environment (the likes of Food Lover’s Market)… and work it into our pricing model that we are able to donate seed tape to a project in need through each of those sales.”