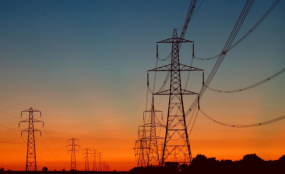 Zimbabwe is set to become a regional hub for power distribution by 2021 following plans to start construction of a 1 000-kilometre power line next year in partnership with stakeholders from Mozambique and South Africa, an official has said. Zimbabwe Electricity Transmission and Distribution Company (ZETDC) systems development manager Engineer Ikhupuleng Dube said the establishment of the power line would result in the construction of a mega power station in Triangle, that would distribute power to the region. Addressing stakeholders, who included villagers, businesspeople and politicians at a consultative meeting in Mwenezi on Wednesday last week, Eng Dube said the power line would originate in Mozambique, pass through southern Zimbabwe and ends in South Africa's northern Limpopo Province.

"We are rolling out construction work for a 400KVA power line with maximum capacity of carrying 1 740 mega watts," he said. "We are seated at the hub of the region, meaning power has to come through Zimbabwe and we are now establishing a super grid so that power from the north, east, west and south comes to Zimbabwe and then we distribute it to where it would be required." Eng Dube said construction work for the power line would start early next year. "In line with that, we are developing projects like Zisavona and Mozisa, which we are speaking about here," he said. "On Mozisa, we are finalising technical studies by September this year and we hope to finish the Environmental Studies in 21 days.

"We are also doing financial structuring together with our partners who will be using the line, so that actual construction work can start early next year." Eng Dube said the project would be funded by the Development Bank of Southern Africa to the tune of $244 million. "We anticipate finishing construction work by 2021 because the longest area to be constructed will be in Zimbabwe," he said. "The line will be done in phases. First, we have the Orange Grove (Mozambique) to Triangle and that one has already gone to tender, selected a contractor and we have carried out contract negotiations.

"The second leg is between Triangle and Njelele in South Africa. We are finalising preparatory work. From Orange Grove to Triangle, we are talking about $134 million and a massive substation will be constructed in Triangle. "As from Triangle to Njelele, we will need about $110 million." Eng Dube said the project would result in some communities being resettled to pave way for the construction of the power line. He said those affected by the construction of the power line would be compensated.

"In line with this ambitious project of building a 1000-km power line originating from Northern Mozambique, a corridor of 60 metres in width is required," he said. "We are going to compensate fully all those who will be affected by this development. "We will build houses, drill boreholes and compensate those whose farming activities would be interrupted during the actual construction work." Eng Dube said employment opportunities would be reserved for those in surrounding communities. He said Zimbabwe was now working towards having power reserves.