Zambian CEO on his new satellite town, and which sectors not to invest in 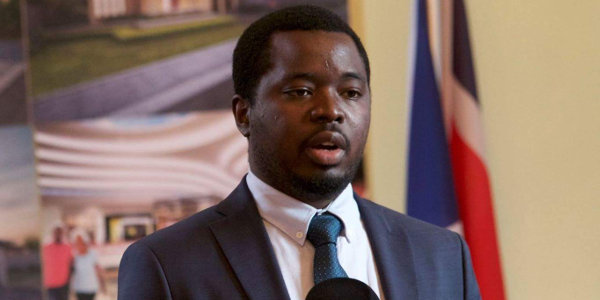 “If you build it, they will come,” says Mwiya Musokotwane, the 28-year-old CEO behind Zambia-based investment firm, Thebe Investment Management. “Part of the challenge here in Zambia is that there is a huge deficit of residences – something between 1.5 – 3 million homes.” While the country’s demand for housing is strong across all income groups, he believes middle-class residential investments to be a particularly lucrative opportunity. Urban areas like Lusaka (the capital) and Kitwe (Zambia’s second largest city) are expanding so quickly that municipalities simply can’t keep up. As a result, Musokotwane says it is not surprising to find middle-class neighbourhoods without access to paved roads, water or sanitation – and residents relying on septic tanks and boreholes.

“The cities in Zambia are growing faster than the municipalities have capability to actually service.” Musokotwane – who is the son of the country’s former finance minister, Situmbeko Musokotwane – launched Thebe Investment Management with his father in 2014 to tap into a broad array of investment opportunities. The firm’s key initiative is Nkwashi, a planned 3,100-acre satellite town 36km east of Lusaka. While the project is still in the early stages of development, Musokotwane envisions it housing up to 100,000 residents and boasting two man-made dams, numerous schools, recreational centres, a business park and shopping mall.

The Musokotwane family purchased the land for Nkwashi around 16 years ago when it could only be accessed via a dirt road, a two-hour drive from Lusaka. Back then they used it as a ranch and small-scale coffee farm. But about five years ago the road to Nkwashi was developed into a highway, connecting Zimbabwe and Zambia. This reduced travel time from Lusaka to 30 minutes and opened up the land’s potential. In 2013, it underwent urban planning procedures and, a year later, Thebe Investment Management began selling subdivided plots.

To date, about a third of Nkwashi’s 9,460 residential stands have been sold. While none of these plots have been developed yet, Thebe has a five-year mandate to meet certain infrastructure development criteria. This includes providing each plot with access to tarred roads, electricity, water and sanitation (which is privately owned and managed). About 22km of roads have been developed (5km of which have been tarred) and construction on the first man-made dam is expected to be completed by end of 2017.

Access to electricity, water and sanitation is anticipated to be provided to all sold plots by 2019, after which owners can enlist contractors to start developing their homes (based on a selection of designs authorised by Nkwashi’s architects). Thebe also has investments in education (it owns a small nursery school in Lusaka) – and hopes to leverage this to eventually open schools in Nkwashi.

Only a tiny percentage of Zambia’s 17 million people have a mortgage. This is a result of high interest rates – usually above 27% – that make them unaffordable to the majority. “That is a challenge for us,” notes Musokotwane. “The way we are [solving this] is to underwrite mortgages ourselves, in the sense that we sell the Nkwashi plots to our clients on payment plans, and accept the credit risk ourselves.” He adds that getting the pricing right is essential to the success of Nkwashi.

“Affordability is a huge thing, especially in Africa where many pockets aren’t lined. This speaks to why we chose to sell land rather than [newly-built] houses, because we have seen something similar in Zambia as well. [Some] developers who opt to sell houses end up with empty developments that take years to fill. Some do not even fill up at all and then the developers end up renting out some of these unsold units. That is why we basically decided to sell land and then enable people to [develop it at their own pace].”

The prices of Nkwashi plots range between US$12,000 for 360m² and $80,000 for the 1,300m² lake-side plots. According to Musokotwane, it is generally cheaper for individuals to construct homes themselves than to buy already-built or newly-built residences. “It will always cost more to buy a house from someone else than to build yourself, at least in this country. We tell our clients who buy our plots what their costs may look like if they build to the specifications provided by our architects,” he explains. However, Zambia is a landlocked country and the cost of housing can be severely impacted when certain building materials need to be imported.

“If you are importing a lot of these materials it places pressure on your balance of payment which then obviously creates a lot of sensitivity around the exchange rate, more so than there should be,” he continues. “But there are quite a lot of materials that are produced locally too, like timber, cement, ceramic tiles and roofing tiles – and more increasingly glass and steel. “We have also been working on establishing partnerships with providers of raw materials like concrete blocks and timber to provide concessional prices to our community because of the scale.”

Despite the opportunity in housing, there are some property sub-sectors that have become saturated in recent years. “I can tell you what not to invest in,” notes Musokotwane. “At the moment I feel like retail is over-traded. Zambia has a lot of malls, more so than it probably needs right now. I also feel like office space at the higher end is starting to creep there too… This will probably not be the case in another 5-10 years, given our population growth and continued economic growth, even at 4%. There eventually will be a need for more retail and so forth. But right now I probably wouldn’t put money in it, or advise others to do so just yet – simply because I feel it is over-traded.”

However, he adds that there are still some under-invested areas that offer strong yields and capital appreciation. “So, for example, there is still [ample] potential in low-cost and medium-cost residential housing – especially with re-developments, like gentrifying low-income neighbourhoods.” “But [one investment] that people typically don’t look at in Africa is forestry. In North America, South America and Europe, forest holdings are a legitimate and increasingly attractive real estate investment and I believe that to be the case here in Africa as well.

“There are not enough high-quality forests in Zambia. We do have a lot in the Copperbelt [region] but that is really it. Given Zambia’s size and the fact that not all land is suitable for agriculture and some is actually more suitable for forestry than anything else, it does make sense for investors to actually build and cultivate forest lands. These can then be converted into yield-generating assets by [felling] sections of the forest, converting them into timber, and producing these into planks or, alternatively, paper. “I think that is a legitimate investment area,” Musokotwane says.