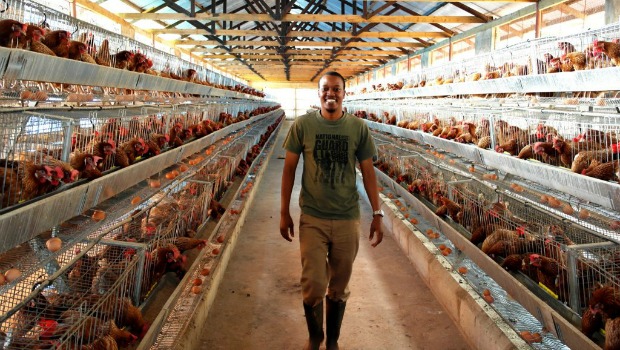 This article is one in an AFKInsider series that follows some of the young African leaders chosen to participate in U.S. President Barack Obama’s Young African Leaders Initiative (YALI). The initiative is a U.S. effort to invest resources in the next generation of African leaders and entrepreneurs. Each year since 2014, 500 young Africans have been chosen to visit the U.S. and receive mentoring at top U.S. universities. Here’s the story of one of them.

The African poultry sector is on a growth path, especially in Tanzania, where the industry has been boosted by growing incomes in the emerging middle class, triggering a greater demand for meat particularly chicken, according to Tanzania Daily News. African entrepreneurs have a variety of  opportunities in poultry.

“The poultry industry in Tanzania is divided into traditional poultry production and commercial poultry production. The traditional poultry sector is the largest contributing of about 70 percent of the flock and supplying 100 percent of poultry meat and eggs consumed in rural and 20 percent in urban areas,” reported Fortune of Africa. One of the companies on the rise is Eugene Paul Kavishe’s Vonkavy Agro Company Ltd.Kavishe’s company experienced a bump in production and sales after he took part in two U.S. sponsored business mentoring programs.

Kavishe deals with commercial poultry and agriculture in the Morogoro region of Tanzania. In August 2014 Kavishe participated in a training program that trained local poultry producers as part of the U.S. Grains Council’s Food for Progress program in Tanzania. The program helped Kavishe grow his operation in less than two years from 300 birds to 15,000 egg layers.

Kavishe told AFKInsider more about the poultry business, his company and his thoughts about YALI.

AFKInsider: How did you come to take part in YALI?

Eugene Kavishe: I heard about YALI from the local radio in a promotion seeking young people to apply. I signed up and was accepted and in 2014. I became a fellow and traveled to the U.S. to participate in the program.

AFKInsider: What did you take away from the experience that helped your business?

Eugene Kavishe: I learned a lot about business and entrepreneurship in University of Wisconsin. We had lots of tours and visits to various successful business. This was very informative because we got to see the operations in action… seeing how a successful business is run. We also got to network with people from different parts of Africa who were participating in YALI and also from different parts of America. This helped us expand our contact base.

AFKInsider: Can you transfer the American business techniques you learned during YALI to doing business in Tanzania?

Eugene Kavishe: Yes, most of the things I learned during my YALI experience are practical and transferable to the realities with my business in Tanzania, for example, management skills and decision making.

AFKInsider: What was the most exciting part of the program?

Eugene Kavishe: Great exposure with great minds of people. Meeting with the president of U.S. and the first lady was also a major highlight and very exciting.

AFKInsider: Tell me more about when you started Vonkavy Agro?

Eugene Kavishe: I started back from 2009 when I was still  in college and registered it in 2013. I was really interested in agriculture. I started with 300 chicken now I have more than 15,000 (egg) layers. Initially I started with a capital of less than $3,000 USD.

AFKInsider: What are some of the business challenges you face?

AFKInsider: Would you recommend other African entrepreneurs take part in YALI:

Eugene Kavishe: Sure, I would  recommend YALI. In my opinion and experience, YALI offers African entrepreneurs a once-in-a-lifetime experience and a wealth of business knowledge. I hope that it will continue (with the incoming U.S. administration).