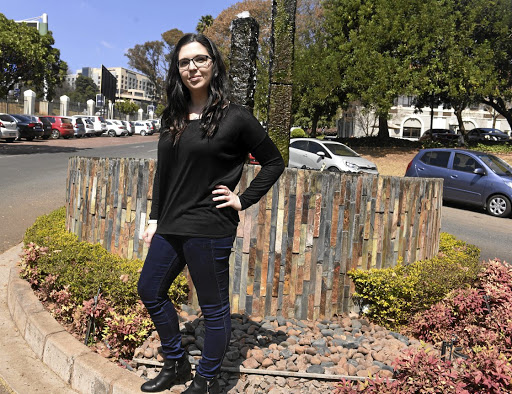 What does it take to be called a Google developer expert? This local software developer has managed to attain that status. Rebecca Franks is Africa’s first female Google "developer expert", which is a term given to a recognised industry leader in certain Google technology who actively contributes to the community. She earned the status after a nine-month process of submitting a very detailed application, along with two rounds of interviews with a fellow "expert", and a "Googler".

Franks was surprised to discover she was Google’s first female developer expert in Africa because she wasn’t aware of the certification, and had met with the Google Africa team who explained what it was. "I think it’s quite a difficult status to achieve; at the moment there are only about 12 Google developer experts in sub-Saharan Africa, with two females." Franks hopes to be joined by more women in the future.

"The best part for me has been meeting other industry experts from around the world, and getting a deeper understanding of Android. I’ve learnt so much and made great connections with the rest of the team" She adds that being able to give direct feedback to relevant Google teams has also been a great perk of the status. After seeing her sister do programming subjects at university, Franks was intrigued by the complexity of the tasks and the programs she was making. "I didn’t understand what she was doing at all, and that got me curious about code."

But Franks, who graduated from the University of Johannesburg with a BSc honours in information technology, didn’t always know she wanted to be a programmer. "I wasn’t sure what I wanted to do when I made the decision to study IT; I knew I enjoyed solving complex mathematical problems and heard that programming had complex logical problems that sometimes included maths." After graduating, Franks worked as a software engineer at Entelect. After a year, she moved to DVT, to focus on Android development.

"I was initially contracted to DStv for almost three years, where I worked on their Android app DStv Now. This was a great point in my career; I learnt a lot working with the team, including the intricacies of Android." Franks went from being an intermediate to a senior Android developer while based at DStv, and more recently, within the past few months, moved into a leadership role at DVT. She now oversees mobile developers and is involved in the mobile graduate programme at DVT.