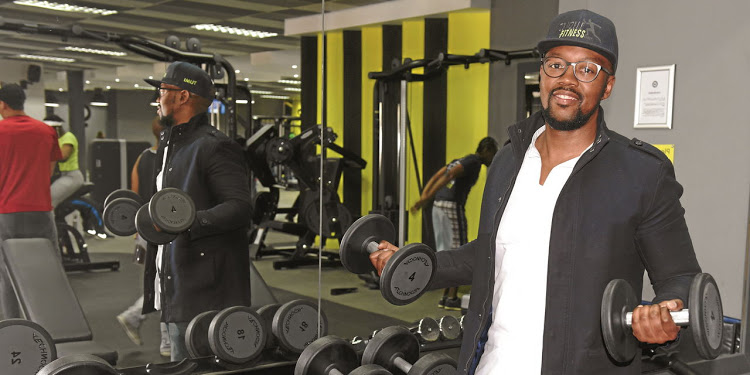 Great entrepreneurial ideas can come out of the blue. For Itumeleng Phake, founder and owner of Zenzele Fitness, his came while working with wealthy clients at RMB Private Bank. "RMB was looking to upgrade its inhouse gym," says Phake. "It got me thinking about the potential of a business that would relieve corporates of the complexities involved in setting up and operating a gym." He had hit on the makings of a thriving venture. "I realised it was a business that could easily be scaled up," he says. "There is also very little competition in the market." He had the idea but not the considerable financial resources needed to turn it into a reality. Equipment for a single gym runs to as much as R3m.

He turned to the Awethu Project, a private-sector initiative with strong government financial backing. They liked what they heard. Armed with a R5m equity investment from the project and another R3m from other investors, Phake was on the verge of seeing his dream become a reality. "I launched Zenzele Fitness in 2014, four years after I had the original idea," he says. Wisely, he brought on board people with extensive gym experience. They included the former head of operations at Virgin Active SA.

But it was still a hard sell to get going. "It was scary. We were burning cash," says Phake. Determination paid off. Zenzele Fitness won SA Breweries (SAB) as its first client in 2014. Things took off in 2015 and Phake’s belief in the business’s scalability proved spot-on. "We now had something to show people," says the justly proud 35-year-old. "It was overwhelming. We closed a deal almost every month. "We now have annual revenue of R20m and 65 employees."

The client line-up is impressive: Wits University, Hollard, British American Tobacco and Alexander Forbes, each with one gym, and SAB and Barclays Africa with three gyms each. Another gym will be added in January 2018 when a major health insurer comes on board. Determination to succeed has been Phake’s driving force since his schooldays, in Tembisa township on the East Rand. "You either work hard to get out or you are stuck there forever," he says. Four years of studying for a financial and accounting degree through Unisa was tough and at one stage he had three jobs to make ends meet. "I learnt to be independent," he says.

Phake’s determination was recognised in 2016 when he was among 100 people selected to attend a four-month Young African Leaders Initiative (Yali) training programme in the US. Launched by then-president Barack Obama in 2010, Yali aims to invest in the next generation of African leaders. This year Phake finds himself as one of 15 finalists for Business Partners’ entrepreneur of the year award. And he has plans to grow. "My goal is to have up to 100 gyms across SA and to partner with medical aids to offer a holistic fitness and health offering," enthuses Phake. With his determination, there seems little doubt he will get there.