Five months ago Jessica Osita had never used a computer, sent an email or even browsed the internet, yet she is part of a team of five teenagers who have just won a major tech award in California.

Despite their limited tech knowledge, the Nigerian teens learned how to build a mobile app from scratch by using opensource software from the Massachusetts Institute of Technology.
The app, called FD-Detector, helps users identify fake medicines using a drug's barcode to verify its authenticity and expiration date.
"I feel very excited and relieved. I'm extremely proud of myself," Osita, 15, told CNN from San Francisco, in the group's first interview since they won the 2018 Technovation Challenge on 9 August.
Named Team Save-A-Soul -- Promise Nnalue, Jessica Osita, Nwabuaku Ossai, Adaeze Onuigbo and Vivian Okoye -- spent five months researching and building the app and hope it can be a solution to the widespread sale of counterfeit drugs in Nigeria.
For Osita, there was a more personal, poignant reason for creating the app -- her brother died after fake drugs were administered to him following an accident.
"My brother died from fake drugs. I'm very motivated by the death of my brother to solve this problem," she said.
"With this app, we will relieve the burden. I feel very excited," said Osita, who has ambitions to become a pharmacist. "I want to produce genuine drugs," she says. 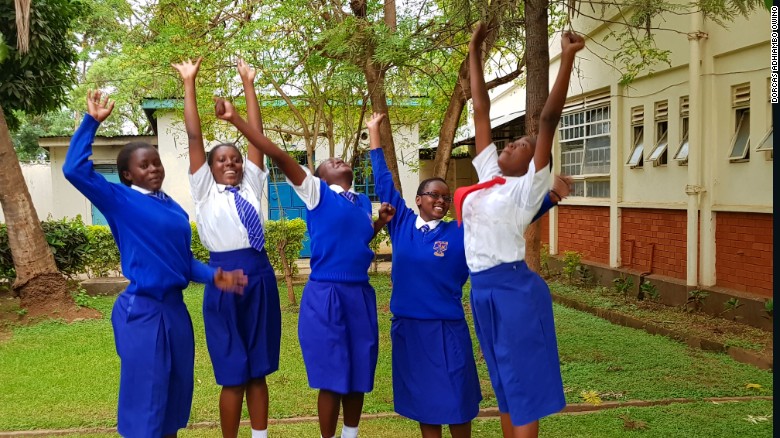 Osita and her four other teammates beat teams from the US, Spain, Turkey, Uzbekistan and China in the finals to secure the top spot in the junior category at the competition.
"Some people told me 'you're a girl, why are you going into tech?'" said Osita. "At first my parents didn't understand what I was doing, but it's only recently that they see what I'm doing. They are very, very proud."
Since their win, they have been feted and the world's media has been clamoring to interview them.