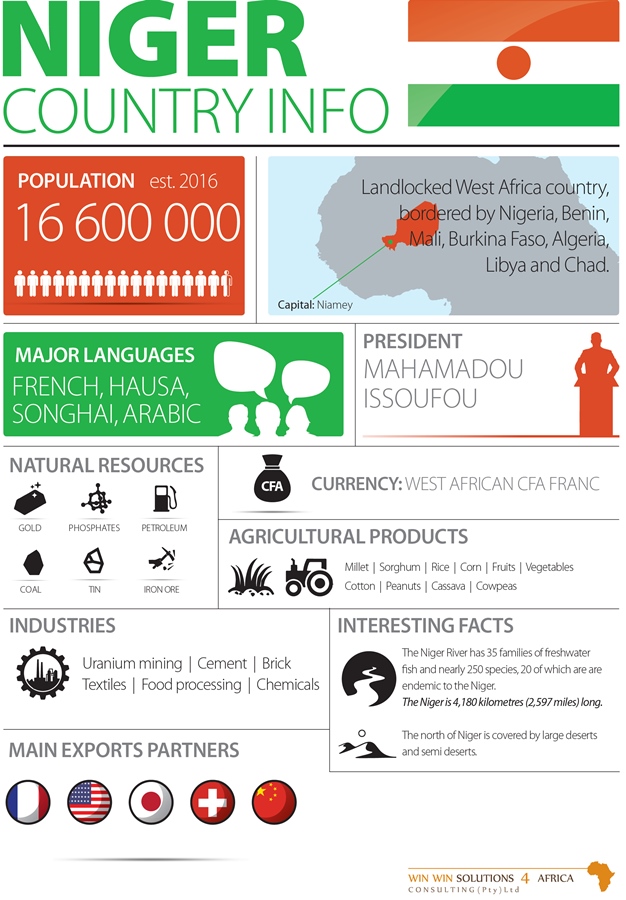 Niger is rich in minerals such as uranium and oil moreover the government in Niger has build a legal and regulatory framework for acceptable business activity. Niger has some of the world’s largest deposits of uranium, which is mostly used by the nuclear industry. The biggest hope for economic supremacy in Niger lies in the oil reserves, with China being the biggest investor in this area, the government hopes to develop this sector to have a more significant impact economically. Although often caught in the plight of drought, the domestic economy centres around agriculture, mainly in the raising of livestock.