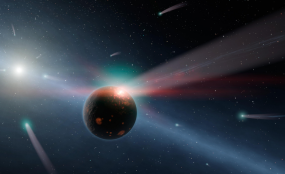 The Ministry of Science and Technology said Ethiopia is building a medium sized satellite launching rocket that would come to fruition within the next three years. Ministry Public Relations Director Wondwosen Andualem said a prototype of the carrier rocket was prepared as a launch pad for the actual work. "Efforts are underway to launch a medium sized rocket into space within the next three years,"said the director. He said satellite building capacity has also been growing owing to knowledge and technological exchanges with development partners.

Efforts are ongoing to manufacture both the satellite and its carrier rocket locally, according to the Director, who indicated its significance for security, weather forecast and other services. Considering its serious significance, the nation has formed a Space Science Council and Institute Chaired by the Prime Minister. With the successful accomplishment of the task, Ethiopia would join countries competing to launch satellites in the equator, Wondwosen added.
Source: All Africa
fShare
Tweet