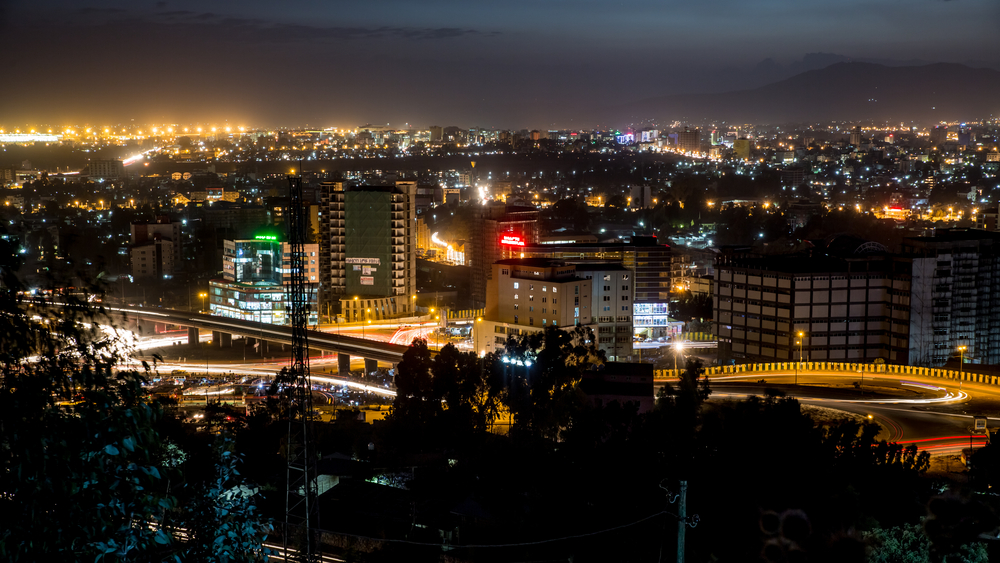 Ethiopia has been implementing ambitious and successive five-year growth and transformation plans, which enabled it to register a double digit economic growth for more than a decade now. The growth overwhelmingly relies on the agricultural sector which is an essential ingredient for the national goal of alleviating poverty. The nation aspires to transform the basis of the economy - gradually from agriculture to agro-processing and then to industry in the long run. In the process, it is understood per se that the final goal of the industrialization process would be urbanization.

With this view, besides Addis Ababa and its surrounding areas, the government has been establishing several industrial parks, in the future would be major urban centres. Industrialization is the initiator of urbanization and urbanization is the inevitable result of industrialization. Hence, the plan is that industrialization and urbanization go hand in hand. Lately, the Addis Ababa City Government and 100 Resilient Cities - Pioneered by The Rockefeller Foundation (100 RC) officially launched their partnership at Addis Ababa's "Agenda-Setting Workshop." Addis Ababa and 100 RC are beginning an effort to become more resilient to the shocks - catastrophic events like hurricanes, fires, and floods - and stress, slow-moving disasters like water shortages, homelessness, and unemployment, which are increasingly becoming part of the 21st century life.

Accordingly, Addis Ababa will name a Chief Resilience Officer (CRO) - an innovative new position in the city government. "Addis Ababa is honored to collaborate with 100RC to build the city's resilience. 100 RC's support will help our city address its challenges in a proactive and holistic manner," said City Mayor Diriba Kuma on the occasion. "In building the city's resilience, we also hope to better the quality of life for residents."

True, this is a great move in trying to improve the quality of life of Addis Ababa's dwellers. But, policy makers needed to be cautious about the future urban development of the country. Urban population in Ethiopia was last measured at 18, 449,308 in 2014, according to the World Bank. And because of absence of significant secondary cities, Addis Ababa, the sole political and economic capital, almost in a single-handed manner bear the burden of the rapid population growth in the urban residents. According to the Central Statistics Agency, the urban population is projected to nearly triple from 15.2 million in 2012 to 42.3 million in 2037, growing at 3.8 per cent a year. Analysis for this report indicates that the rate of urbanization will be even faster, at about 5.4 per cent a year. That would mean a tripling of the urban population even earlier by 2034, with 30 per cent of the country's people in urban areas by 2028.

Similar to the capital, the growing urban areas of the country are facing housing problem, water supply shortage, unemployment and etc. This is a result of lack of proper and innovative urban planning. Thus, innovative planning should be the key aspect of future urban centres. Hence, nationally, to improve quality of life for present and future urbanites and foster urbanization, it is crucial to put in place innovative urban planning and promote growth of secondary cities that could share the burden of the capital.

Bearing the countries objectives of becoming a middle-income country via Agriculture Development Led Industrialization economic policy, what should worry policy-makers the most is that Ethiopia only has one major urban centre (Addis Ababa), with a population of three million or more. This reality leads to a conclusion that the country has to intensively work to facilitate the development of several secondary cities to match its industrialization and development objectives. In this regard, urban administrators face huge challenges to make cities more sustainable. Hence, due emphasis should be given to the growth of secondary cities to ease the burden on the capital. The establishment of industrial parks in different areas is a bold step in this regard. Considering all the features of sustainable cities is essential to provide quality of life to dwellers.

With the ambitions plans of economic transformation at hand, in the long run, it would be inevitable that the country would achieve full scale urbanization. Hence, it is unquestionably necessary to get prepared and plan better to provide quality of life for the future, massive urban population. After all, Addis Ababa is the third diplomatic city of the world next to New York and Brussels. Therefore, undoubtedly, the city needs innovative planning for it is being the seat of AU and many more continental and international organizations. The city deserves innovative planning since it is an international city. Of course, joining the 100 RC Addis Ababa would lift up its face and going to be a choice for decent living.