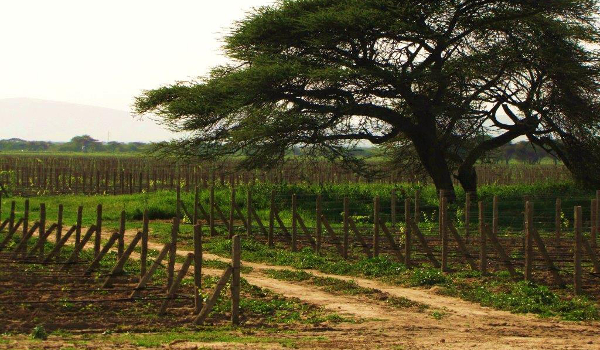 In 2007, Meles Zenawi (now late), Ethiopia’s Prime Minister at the time, invited Pierre Castel, founder of French beverage giant Castel, to assess the opportunities for vineyards in the country. It was not an entirely new idea. Awash Winery – which was privatised in 2013 and is now run by the private-equity firm 8 Miles LLP and local entrepreneur Mulugeta Tesfakiros – manages about 100 hectares of vineyards. But 10 years ago, Zenawi’s vision for a purely commercial operation in Ethiopia was still relatively unique, and Castel bought in. A year later the company (which already had a brewery in Ethiopia) imported different grape varieties and began setting up its vineyard in Ziway, 163km south from the capital, Addis Ababa.

The first bottle was produced in January 2014 and sales began a few months after. Today, Castel manages a 162-hectare vineyard and produces about 1.4 million bottles a year – made up of cabernet sauvignon, merlot, syrah, and chardonnay. It has two brands, Rift Valley and Acacia, and exports about 15% of production – with over half going to China and the US. According to Alem Bekele, Castel’s sales and marketing manager, exports are largely targeted at Ethiopian restaurants, of which there is a growing number globally.

While the Rift Valley wine is targeting more experienced wine drinkers, foreigners and high-end restaurants, its Acacia range (with four different blends) is aimed at an emerging Ethiopian wine-drinker. “These four types of wines have this sweetness, which is really appropriate for the Ethiopian consumer’s palate,” Bekele explains. “Ethiopians are wine beginners… So they go for the sweetness.” These new ‘made in Ethiopia’ wine brands do compete with imports from well-established wine-producing markets like South Africa and France, but a high tax on imported wine in Ethiopia allows Castel’s production to be competitive on price.

“The import tax for wine is very high here in Ethiopia. You pay about 137-147% on tax for importing a wine. It is quite high. So just to give you an idea, retail price for our Acacia wine, for example, is 135 birr (US$6)… For an imported wine it is about 180 birr ($8),” she adds. Although off a low base, Bekele said local wine consumption is growing in Ethiopia and Castel wines can be found in the new supermarket chains popping up around the country, as well as in the informal trade that dominates Ethiopian retail.

“Most Ethiopian consumers prefer to consume hard liquors – could be vodka or whisky… But nowadays people travel, have exposure, and are more health conscious… And we are educating consumers that wine is good for health and it can be paired with a meal… and they can have a fine-dining [experience]… We also don’t have this European-type service in restaurants, so we are training waiters how to serve wine,” says Bekele. “So our market has been increasing since 2014. “We are going to increase our production for our sales locally and also exports.”