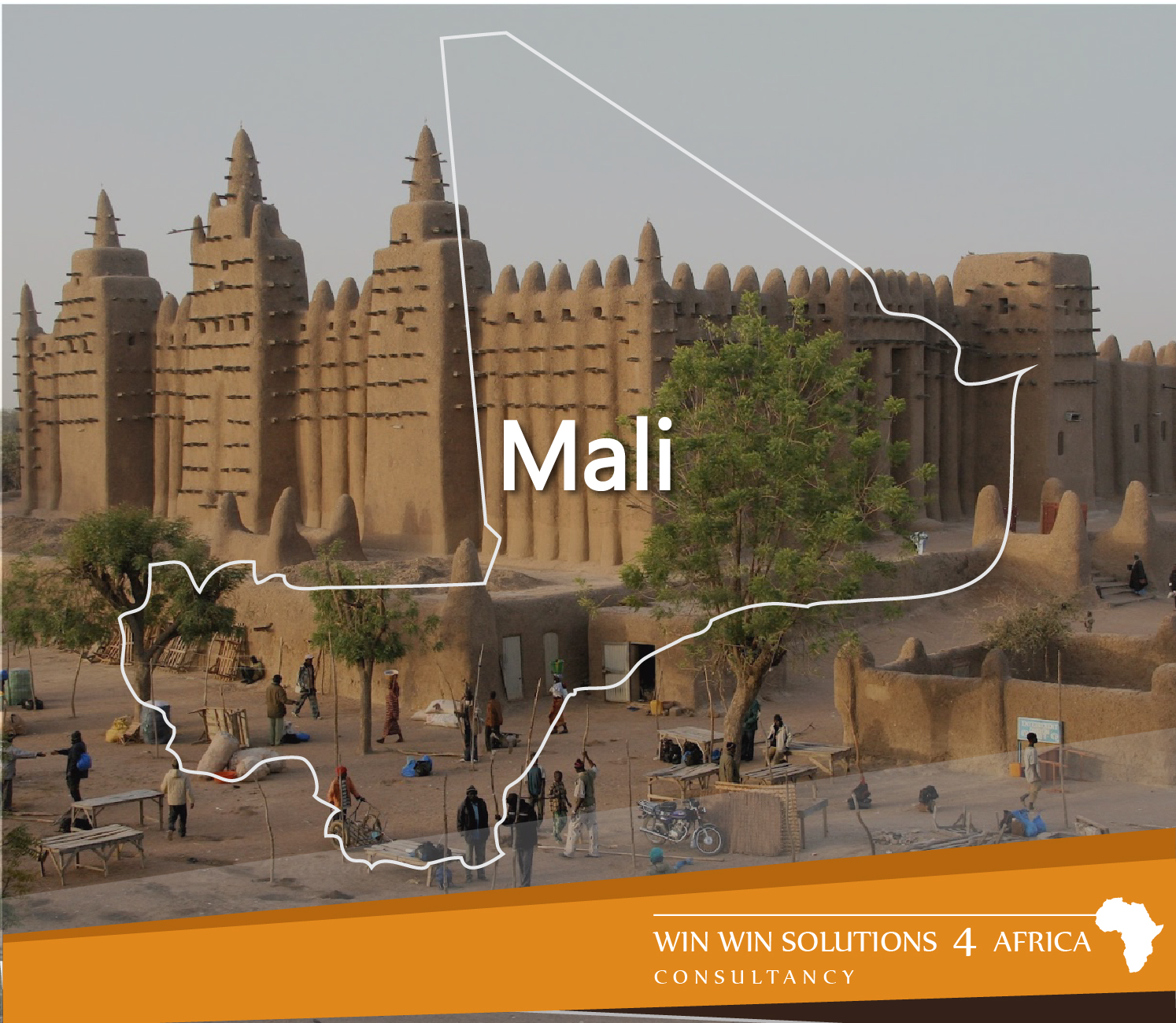 The west African country of Mali has an ancient and fascinating history that informs who and what the country and its people is today. Mali has geographic features, ethnic groups and cultures, plus plant and animal life that combine to make it an interesting place to visit.

1. The landlocked country named the Republic of Mali is the world’s 24th-largest country.

2. Mali is the eighth-largest country in Africa, comparable in size to the nation of South Africa and almost twice the size of the U.S. state of Texas.

3. Mali’s three natural land zones include the arid Saharan zone, the semiarid central Sahelian zone, and the southern cultivated Sudanese, where the majority of the country’s population lives.

4. The thermal equator crosses Mali, making it one of the hottest countries in the world. Rainfall is negligible and droughts are frequent.

5. Most of Mali’s land is flat, rising to rolling plains in the north that are covered with sand. The majority of the country is located in the southern part of the Sahara Desert.

6. Mali is divided into eight large regions and one district, the Bamako Capital District. These regions are Kayes, Koulikoro, Sikasso, Ségow, Gao, Mopti, Kindal and Tombouctou (also known as Timbuktu).

7. The lowest geographic point in Mali is the Senegal River. Its highest point is Mount Hombori Tondo.

8. The Senegal and Niger Rivers make the south of Mali the country’s most fertile region. 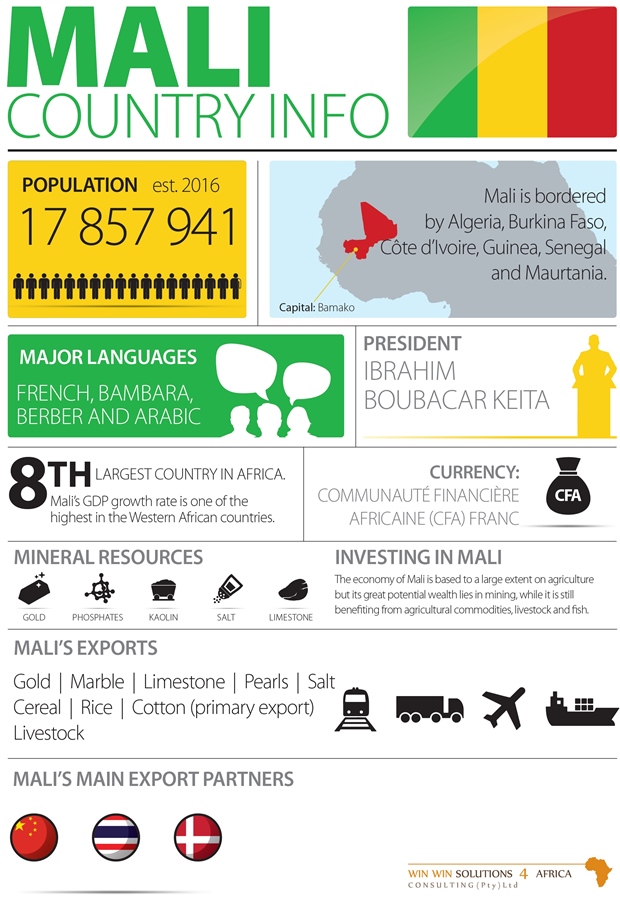 Mali, also known as the “Fortune of Africa”, is a landlocked country in West Africa with investment opportunities in mineral exploration, telecommunications and computers, water resources development, livestock and other ago-industries, food processing, and the importation of vehicles and new and used clothing. Mali possess a mining sector with what is considered medium activity with gold being the leading export item representing 80% of the activity in this sector, the leading export item since 2002, ahead of cotton and livestock. Other minerals such as uranium, manganese, iron and diamonds are still underdeveloped and offer some potential for investors. Mali’s slow but steady economic development is seen as a sign that the Government’s continuous efforts in implementing judicial and economic reforms are paying off.